Maldives will soon offer visitors vaccinations on arrival as part of its three-pronged initiative aimed at reviving the country’s hard-hit travel sector, according to its tourism minister.

The “3V” strategy, which encourages tourists to “visit, vaccinate, and vacation,” will provide a “more convenient” way to visit the country, Abdulla Mausoom told CNBC on Wednesday.

At present, visitors to Maldives must provide a negative polymerase chain reaction (PCR) test and proof of hotel booking to gain entry. Mausoom said the country’s Health Protection Agency is set to make an announcement on restriction-free entry to vaccinated arrivals “very soon — maybe even this week.”

Maldives, an archipelago state in South Asia renowned for its tropical beaches and pristine waters, is heavily dependent on its tourism industry. Around 67% of its gross domestic product (GDP) is derived directly and indirectly from the sector.

The tourism minister would not be pushed on a timeline for the visitor vaccination rollout. He noted that the government’s priority is to ensure the entire resident population receives their first and second shots first.

However, once that process is complete, the country will be ready to vaccinate arrivals, he said.

“I don’t think supply’s a problem in Maldives because our population is relatively small.”
Abdulla Mausoom – TOURISM MINISTER, MALDIVES

Mausoom did not state whether arrivals would be expected to pay for their shots, but he said that supply would not be an issue.

He said the country has received vaccine donations from India, China, and the World Health Organization’s Covax scheme, which aims to ensure that vaccines are fairly and equitably distributed. Maldives has also ordered additional supplies from Singapore, he said.

“I don’t think supply’s a problem in Maldives because our population is relatively small,” said Mausoom. “The quota we get from the various organizations and friendly nations also will help.”

Mausoom said the tourism drive was a necessary strategy to help the country reach its target of 1.5 million tourist arrivals and 10 million bed nights this year.

Full details are available at the link below:
Source URL: CNBC 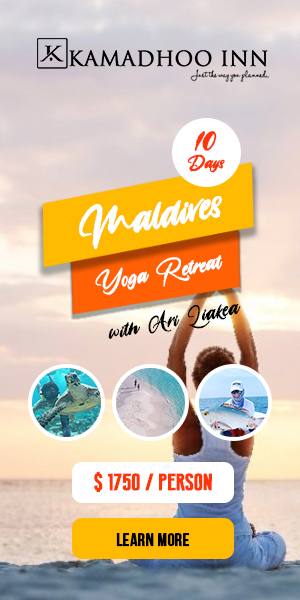